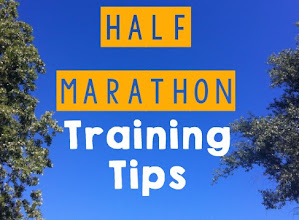 I’ve always enjoyed running and used to love competing at high school, but post-school most of my running has been for the bus! Earlier this year, my friend Mandy encouraged me to sign up to Royal Parks Half Marathon along with her. We had three choices:

As I paid the fee I managed to secure a place, yay. But my friend didn’t 🙁 So training was 100% down to me and the ability to motivate myself… In the months leading up to the day my half marathon training was almost non-existent, but I’ve learnt a LOT that might actually help other first-time runners:

Months leading up to the race:
– Run regularly, even if you don’t have a clear target. Just get used to your body being pushed even if its no more than 25 minutes at weekends.
– Start tracking your runs in an app like Runkeeper or Nike+ Running. Being able to track any incremental improvements is key to staying motivated.
– Unless you run regularly anyway, you’ll need other forms of motivation. Mine came in treating myself to new running gear. Check out my picks at the bottom of this post!
-Training is not just about running. In order to maintain the stamina of keeping yourself moving forward into your second hour of running, your body needs strong core muscles. I did this by keeping a (semi) regular session of Jillian Michael’s 30 Day Shred which involves cardio, stretching and weight training.
– Practise running with some lucozade beforehand as this is usually what you get on race day.

The days before:
– Carb loading! About 5 days prior to the race I was all about the pasta.
– I did a final 5km mid-week before the race which helped me feel more prepared.
– Two days before the race I got hammered as I went to do a PJ Harvey gig. I really regret doing this as I bet I could have shaved off a minute or two if so!

The night before:
– Take it easy
– Try to go to sleep early (for a 5am wake-up, try to be in bed at least 8 hours before at 9pm)
– Go for a carb-heavy meal that you’re used to eating. I cooked a mean spaghetti bolognese for an early evening meal.
– Plan your exact outfit (this should be something you’ve already trained in so you know its comfy)

The morning of the race:
– My race started at 9am so I woke up at 5am to give me enough time to digest my breakfast. The key is to get that meal in early–three to four hours pre-race to be exact, according to the American College of Sports Medicine (via Runner’s World)

– I also ate a banana about half an hour before the race to help keep me energised through the race.

– bring some sweets with you. I haven’t bothered with the gels that the pros favour but might practice with them before my next half marathon in May 2016.

During the race:
– so my plan was to use Runkeeper to keep pace and not over-exert myself but the adrenaline (by-product of nerves and the thrill of overtaking other runners!) got the better of me. I instead just ran as fast as I could comfortably could and only experienced major issues in Jr last 4km when my legs wanted to give up.

Post-race
– Don’t make the mistake I did and ignore the foam rolling sessions near the finish line. I wish I’d done that straight after the race rather than several hours later (after a Lebanese meal and a pint!)
– Take it slowly. It is a bloody mission to walk after a race (that’s my experience anyway) so make sure your schedule a few days post-race is relatively empty.
– Take a long bath when you get home. I bought some Radox muscle therapy bubble bath but my massage therapist said it doesn’t actually help your muscles, its mostly to mimic a relaxing bath with the scent and bubbles.  Instead, get your hands on some epsom bath salts (Magnesium Sulphate).

Oh Cornwall, you make me want to cheat on London a

Evan has been living in lockdown for around half o